Want to be more creative? 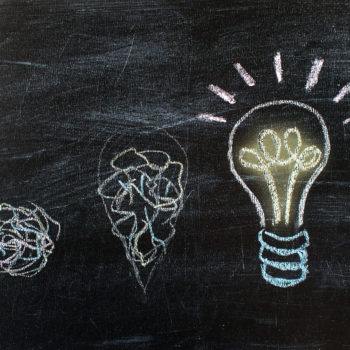 Want to be more creative?

Many of us would say that we are not very creative and look to those who are creative as talented or gifted, born with the innate ability to be creative. In reality, we are all born with this ability and have the capacity to uncover and build upon it.

Creativity is the act of producing through use of imaginative skill. It does not necessarily mean inventing something born of nothing. People that I have known through the years that I would consider to be creative often get their new ideas for studying prior and current ideas. Often, they then put these pieces of knowledge together in different ways to create something new.

I remember talking with a leader and asking him what he was expecting from his team in terms of creativity. He gave the example of a spreadsheet that he had started when he was in a more junior role. Over the years, he had seen this spreadsheet metamorphize and evolve into a more comprehensive and useful tool. This, he saw, as being creative and innovative.

Making something new typically starts with wanting something to be different. If you have a complaint about a process or way of doing things, step back and take some space to think about what would make it better. That is your creativity in action. If you are tired of the same thing, think what a solution might be. Again, this is creativity.

And, yes, it does take space. I remember in my first career, at IBM, that the company motto was ‘Think’. A manager that I was working with, at that time, had a ‘Think’ plaque on his desk. He shared with me what it meant to him, that it was important for him to take that time to take the space to think. You would see him put his feet up on his desk, clasp his hands, and appear to be deep in thought about something. This was his version of making space to think and be creative. For others, it may be finding in a quiet space, getting outdoors, exercising, using deep breathing techniques, meditating or something else.

What ways to you take the space to allow your creativity to emerge?

I would love to hear from you on this topic!

This site uses Akismet to reduce spam. Learn how your comment data is processed.