The way business happens is changing. In fact, it might be more appropriate to say that it already has changed. The work your company does is as critical now as it’s ever been – but equally important is how your organization does that work, and who your company positions itself to be as a result.

This seismic shift across the business landscape has led forward-thinking leaders everywhere to embrace a Values-Based Organizational Culture (or, VBOC) to propel their company forward. Through VBOC, industry thought-leaders are viewing the question of organizational culture through an entirely different lens, expanding their vision beyond just the black-and-white of bottom lines to holistically consider the larger elements that directly impact these critical factors – and that works to Spark Success within your company overall.

What Is Values-Based Organizational Culture – and Why Does It Matter?

A Values-Based Organizational Culture is one in which the core values and beliefs of a company are modelled top-down and lived out through the actions of that organization’s leader and leadership team. It’s a distinct departure from traditional styles of business management that typically rely upon authoritarian-type relationships of command and a more rigid organizational structure to drive business forward. Instead of simply demanding employees commit themselves to the cause, VBOC team members find personal alignment with an organization’s overarching approach to business, working in tandem with business leaders to build success through shared beliefs. 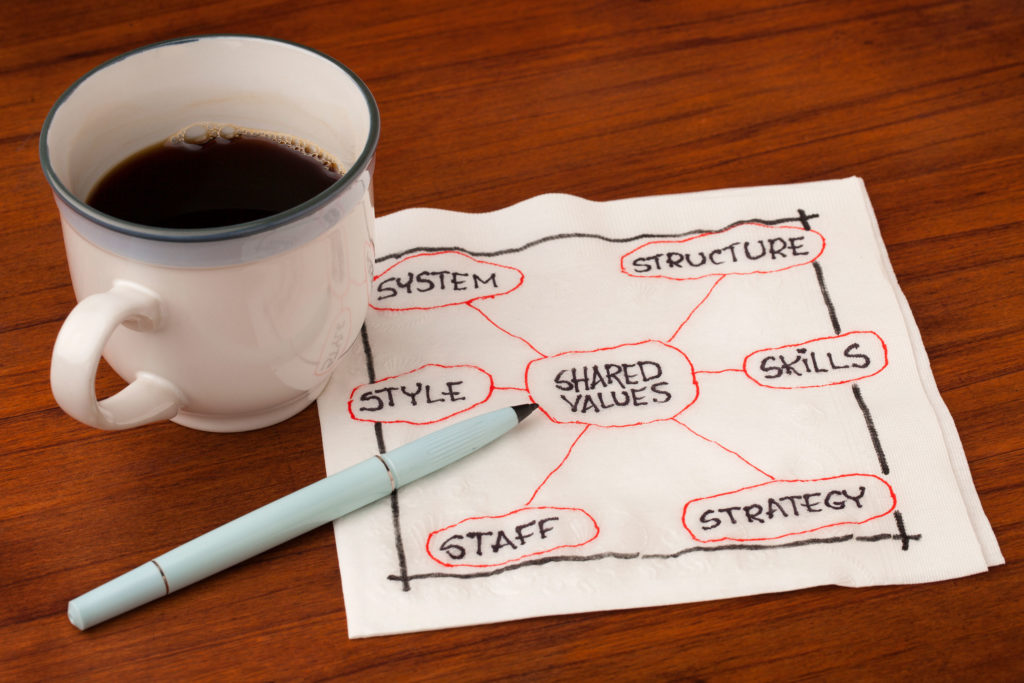 If it seems like it’d be simpler and easier to just dictate mandatory company culture and expect employee adherence based on organizational hierarchy, you’d be right – however, that no longer works in today’s environment. Taking a values-based approach to organizational culture-building isn’t for the faint-of-heart – it requires consistency, effort (as with any meaningful endeavour), and dedication to follow through on the commitment of being curious about your existing culture, being clear on what element of the culture that you would like to shift, leading by example, and engaging your team as you move forward.

There’s a reason people are enthusiastic about building values-based organizations, though – and that’s because the rewards, results, and ROI all make the effort very much worthwhile.

The History and Language of Values-Based Organizational Culture

The notion of building a company culture based on a shared commitment to values is not one that’s existed in business for an exceptionally long time. While the idea of building company culture like this has begun to take root in more mainstream conversations in recent years, you only have to go back a couple of decades before the idea of building an organization based on the notion of a shared and jointly-lived belief system would have been seen as soft and ineffective. However, as the benefits of building a values-based organizational culture began to become inarguably clear through precedent, more and more companies started following in the footsteps of those thought-leaders who first embraced VBOC, leading to this organizational model being one of the most respected in the business world today.

Organizations such as Netflix, Microsoft, JP Morgan Chase, and Adidas, along with many others have enjoyed the benefits of a Values-Based Organizational Culture and have emerged with reputations of being great places to work as a result, along with financial and operational success.

Before we explore all the reasons that make pursuing a Values-Based Organizational Culture worthwhile, it’s worth unpacking the language of VBOCs first in order to allow us to properly frame up the whys, hows, and benefits that this powerful approach to business offers in addressing our current and future environments where the norms include increasing complexity and rapid change. 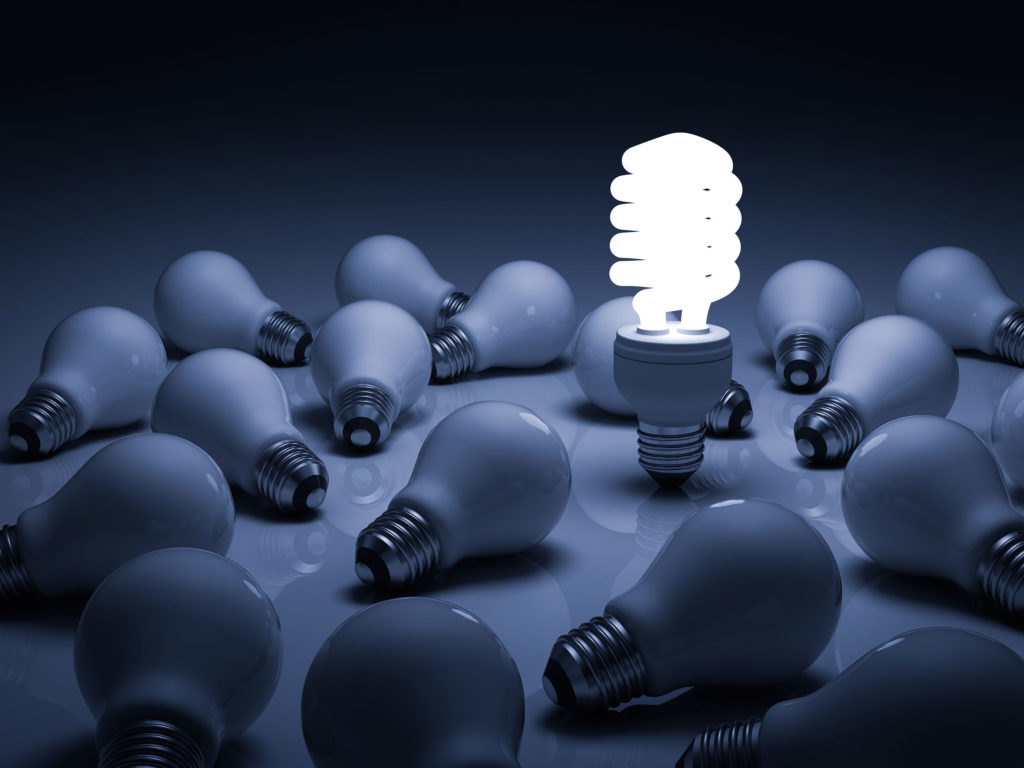 It encapsulates an accumulated collection of knowledge and tactics that are shared throughout an organization, representing a system of espoused beliefs that have come to form the foundation of how a company operates on the macro-and microcosmic levels, informed by basic underlying (and even taken-for-granted) assumptions and behavioural norms.

These companies embrace and live their values as a way of being, using organizational culture to establish a clear, foundational set of operationalized values that will guide decision-making, inform action, and build a sense of community company-wide – even including external stakeholders with whom the organization interacts. Employees can then align with this culture, finding alignment between the organization’s beliefs and their own personal value system, and in doing so come together to create a unified and motivated workforce.

Further, VBOCs are additionally desirable due to the relative organizational stability they create. Because VBOCs are driven and defined by a specific series of values, there’s rarely a reason to explore a revolutionary shift in organizational culture – no company is going to decide that they want to re-align their value system to be less “honest” or not quite so “innovative,” for example. However, these sorts of organizations still possess the flexibility to handle changes both internal and external to remain adaptable to changes in strategy, competition, or the economy. They also enjoy the additional benefit of being more stable over time, given that their productivity and output is compelled by values rather than circumstances.  Amplified employee commitment through values alignment creates ongoing engagement.

You might find yourself wondering at this point, “Well, why doesn’t everybody just adopt a Values-Based Organizational Culture??” and we have to agree – VBOCs is certainly the optimum standard in our eyes! That said, like everything else in business, achieving the optimum standard doesn’t come without its fair share of effort and commitment. 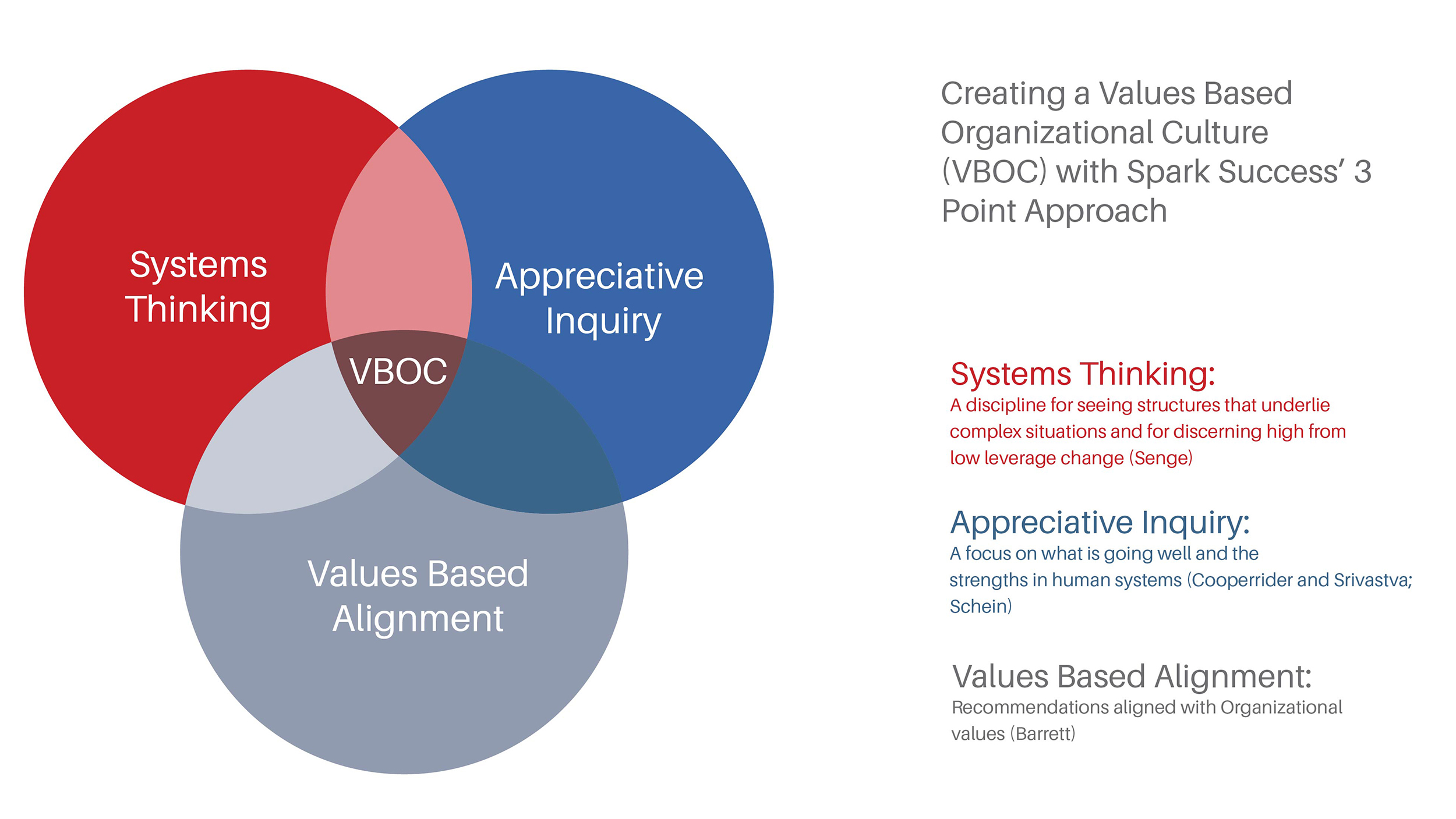 First, we work with leadership to clarify the goal they’re after and what they hope to achieve through their investment in a VBOC. This is a critical part of the process that requires complete leadership engagement to succeed. It’s also oftentimes a fun and creative endeavour during which a leadership team is given the opportunity to gain clarity on a path that will guide the way for the future of their company.

This is often a validating and invigorating experience for leadership teams that gives them the opportunity to learn what’s important to them and their team members, their stakeholders, and their business. We use a range of organization-spanning tools (values surveys, interviews, and/or focus groups) throughout the process to allow team members and key stakeholders across a company to contribute and help define their organization’s values moving forward, building positive, productive culture and encouraging buy-in and engagement as a result.

Values typically skew toward virtue-driven, people-centric language built around success. Just as every organization is unique in its aim and purpose, so too do sought-after values tend to vary from company to company, depending on an organization’s aggregated top values. No matter the values-based culture you’re looking to achieve, we work to meet your company where it’s at and engage with leaders and stakeholders to plot a course toward the aspirational values that will lead your organization onward to success.

Once we have a solid understanding of the current and desired cultural values, we then utilize a systems-based thinking approach to determine what key shifts will move the organization towards its desired culture.  All of the information gathered gives us a snapshot of the existing organizational system, allowing us to identify key high-level changes that will work to bring about the desired shifts and results, building upon what is already working well and identifying new areas of growth and opportunity.

Finally, we analyze everything we’ve learned from our extensive research into your business’s organizational culture to provide recommendations, strategies, and action plans designed to lead your company towards values-based success, being clear on the desired focus moving forward in terms of any new or shifted values and paving the way forward for these behaviours to find success in day-to-day company practice. The shifts are akin to running a marathon rather than a sprint, taking a one-step at a time approach by focusing on one to two values at a time.  We also provide services for your business to roll out and are pleased to act as an advisor throughout the course of the VBOC initiative.

In following these three steps toward Values-Based Organizational Culture, we are able to act as a trusted collaborator, helping your business establish a series of consistent, actionable values that will provide a rallying cry for your team, drive your business forward, and boost your bottom line all at once.

Be a thought-leader. Step to the forefront of your industry. Transition your organization for optimization of your purpose, people, and process so that you and your team can flourish and create outstanding results.

Get in touch to start building a foundation of values on which your organization can find success. We’ll be proud to guide you on your journey, help you establish your value-set, and cheer on your accomplishments the whole way through!